Birds, Bees and Even Nectar-feeding Bats Do It (2000)
David Schwartz
Abstract of an article originally published in the April 2000 issue of Smithsonian

Across our fields, orchards and backyard gardens, the pollinators we rely on for the food we eat, are facing threats on many fronts.

In his quest to explicate a fundamental biological phenomenon - the reproductive cycles of the plant world - writer David M. Schwartz ranged from Mexico's Sierra Madre to rural Washington State. 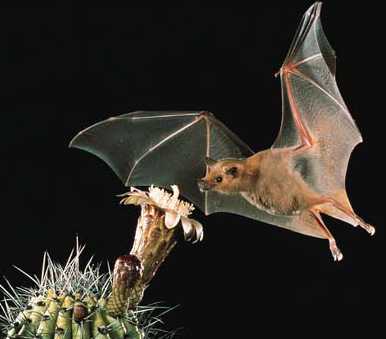 © Merlin D. Tuttle
Ranging up to 60 miles in a day, the lesser long-nosed bat
dips into the well of an organ-pipe cactus flower.

The coevolution of flowering plants and their pollinators has filled the earth with a diversity of life-forms: a quarter-million species of plants, and almost as many animal pollinators, including at least 1,200 vertebrates. The range of pollinators is staggering, in addition to birds, bees and bats, plants rely on such creatures as beetles, butterflies, ants, spiders, earthworms, parrots, even a New Zealand gecko and the pygmy gliding possum of Australia. 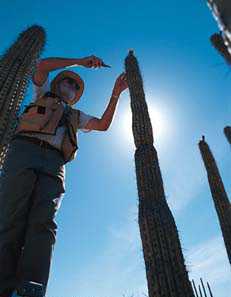 © Gary Braasch
At his field site in Mexico, Ted Fleming studies pollinators associated with giant cacti, including the organ pipe.

In his travels, Schwartz discovered that scientists, probing the mysteries of pollination, increasingly observe looming threats to a process that serves as the "engine driving ecosystems worldwide." 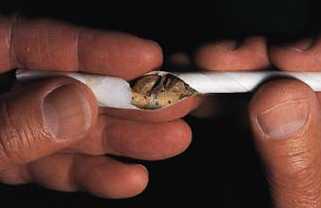 © Gary Braasch
A detail of a nesting can's paper-tube incubator reveals bees in the final pupal stage of development.

Often, it is habitat destruction that underlies the threat. In the Sonoran Desert in northwest Mexico, ecologist Ted Fleming each year witnesses encroaching degradation - from agriculture, cattle ranching, resort development - in the vicinity of the site where he studies the pollinators, including bats and moths, associated with several species of giant cacti. 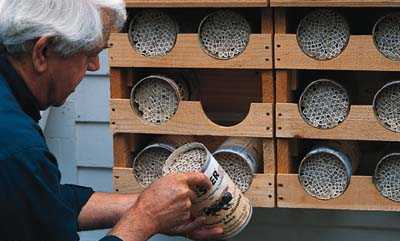 Fleming's next project will be to examine Landsat satellite imagery to assess the condition of a North American-Mexican "nectar corridor" traversed by migratory pollinators, including butterflies. "I want," he says, "to protect ecosystems so the next generation of scientists will have something to study."

Increasingly, scientists and farmers, backyard gardeners and environmentalists, beekeepers and orchardists are joining efforts to protect pollinators, among them native species of wild bees, and their habitats.
David Schwartz